Wales Netball was pleased to bring the Wales senior team to Ebbw Vale Sports Centre on Saturday 18 November to showcase a range of Wales Netballing talent. Wales were set to take on Vitality Netball Superleague outfit, Team Bath in an extended match.  The atrocious weather outside made it an ideal day for netball and the Welsh team arrived in Blaenau Gwent excited about the opportunity to test a range of combinations and tactics.

The day got off to a great start as the team gathered to meet fans from across the South East region and beyond. It was a wonderful opportunity for young aspiring netballers to get some advice on netball – as well as selfies and autographs! The players really enjoyed meeting the fans and it was great to see that so many young people are being inspired by our Welsh stars.

The match between Wales and Team Bath was composed of six periods which the Welsh management used to showcase a range of players from the Wales long squad. They also used the match to try players in some different positions.

Wales began with a familiar starting seven and the team got off to a strong start. The Welsh players were patient in attack, passing around attack and defence in order to create goals. There was a great intensity on court and Bath only had a narrow advantage going into the first break. As the second period wore on, the Welsh defence left gaps that were exploited by the visitors and the attack forced their chances. This allowed Bath to build a lead going into half-time, however at this point the priority for Wales was making full use of the match as a training exercise. The management made use of the ability to roll substitutes on and off and the squad was given a good amount of court time to demonstrate their ability and hunger for a starting position.

The final score of 92-43 to Bath was definitely a disappointment to those in red, however with a two-test series against Samoa coming up and the fiercely competitive World Cup Qualifiers in January, it was excellent exposure for a number of players. The goal is to have the squad fully tuned up for the Commonwealth Games next year and this experience will prove to be a vital stepping stone to that.

Head of Performance, Rosie Pretorius reflected on the training match. She said: “It was great to see so many of our young players taking to the court on Saturday. Playing 6 quarters enabled the team to try lots of combinations and work on players second choice positions. It was unfortunate that we were missing a few key players due to injury, but with that comes more opportunity for the developing players to step up to the plate.”

Wales Netball now looks forward to hosting Samoa for the very first time ever here in Wales. Tickets can be bought from www.ticketline.co.uk/welsh-netball 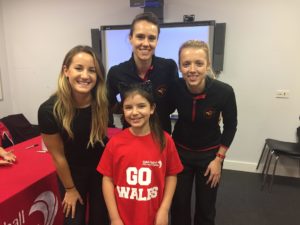 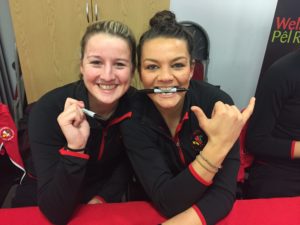 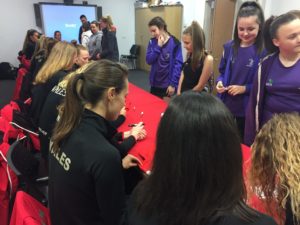 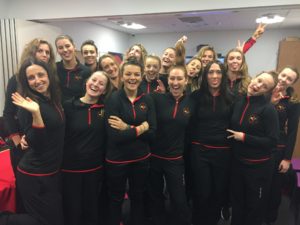