Across Wales and beyond, netballers young and old have been entertained, enthralled and inspired by the 2018 Commonwealth Games in Australia.

During the Games, Wales Netball’s Netball Development Officers (NDOs) were busy organising NetsPlay camps across the country throughout the Easter break. Camps took place in Bangor, Carmarthen and Cardiff and dozens of young people got active with netball during their holidays.

Laura Rees, NDO for the Central South region, who organised the Cardiff camp was pleased with how they went. She said: “It was brilliant to have so many young people getting involved with NetsPlay this Easter. The Commonwealth Games inspired so many of our young players and seeing Team Wales perform, as well as England’s gold medal has made it all the more special.”

Wales Netball is pleased to announce that following the success of the Easter NetsPlay camps, they will return for the coming Whitsun Half-Term week, week commencing Monday 28 May. More information on the dates, locations, times and costs of the camps will released in due course and, subject to facility availability, Wales Netball intends to hold a NetsPlay camp in each of the four Wales Netball regions. 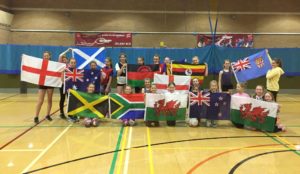