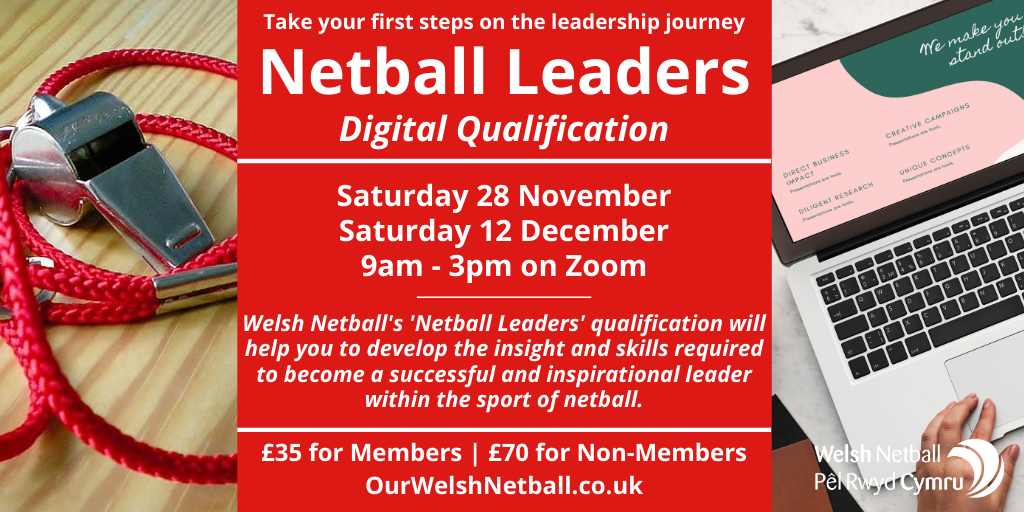 Wales Netball is pleased to share the news that its digital Netball Leader qualification has proven hugely popular in recent weeks. As a result, Wales Netball has added additional dates for candidates this winter.

Young people across Wales have been able to access this engaging, participant-focused qualification from the comfort of their own homes, without having to worry about travel. Despite the current restrictions on sport in Wales, the appetite for netball CPD is incredibly strong and several Netball Leader course dates have already filled up. Candidates access the course via the Zoom digital platform and spend a full day working towards their qualification.

The online Netball Leader course will lead to the same qualification that candidates would have received pre-pandemic, setting them up for the first steps on the road to becoming leaders in their netball community. Candidates who have achieved the Netball Leader qualification have gone on to take leading roles in netball clubs and leagues across the country.

Upcoming available dates for the Netball Leader course are as follows:

Wales Netball members receive a substantial discount on the cost of the course. For members it costs £35 and for non-members it is £70.