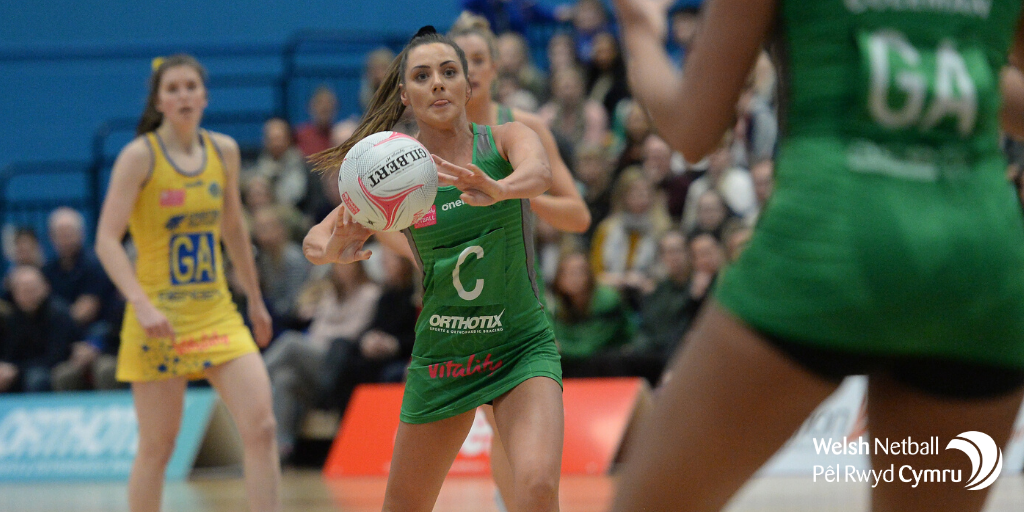 Wales Netball is pleased to offer an exciting free introductory netball fitness session for its members this month! The session will be led by Wales international, 2020 Celtic Dragons captain and highly qualified personal trainer Sophie Morgan, who specialises in developing the fitness of netball players.

The ‘NET-fit’ session will be suitable for netball players of a range of ages (the session has a minimum recommended age of 11) and of any fitness level and the whole family can get involved with it. The session will last approximately 50 minutes and is aimed at improving netball fitness.

The digital session will take place on Wednesday 24 June 2020 at 6pm via Zoom. The session is for Wales Netball members, who can register via the link at the bottom of this page. Members registering should receive confirmation e-mail within 24 hours. There are limited spaces available on the session, so places will be allocated on a first come first served basis. Registrations will close at 4pm on Tuesday 23 June.

Sophie, from Brynford, Flintshire, has been a part of the Vitality Netball Superleague for a number of seasons, featuring for Celtic Dragons, Manchester Thunder and Surrey Storm during her career. She made her international debut in 2010 and has over 30 caps for Wales and was made Celtic Dragons captain for the 2020 season. Sophie has built a successful career around physical training and fitness and runs a leading netball fitness programme called ‘Netball Fit.’

We hope that this session will be the start of a package of ‘netball from home’ sessions we will be able to offer netballers in Wales. As such, at the end of the session there will be a feedback questionnaire and it would be greatly appreciated if participants could complete it to help us tailor future sessions.

Participants are advised to ensure that their training environment is safe for exercise. Wales Netball does not accept liability for any injury incurred as a result of participation in the session. Participants should also ensure that they continue to adhere to Welsh Government regulations and guidelines regarding social distancing and hygiene protocols.