Gemma Davies Talks About Her Role as Wales Analyst 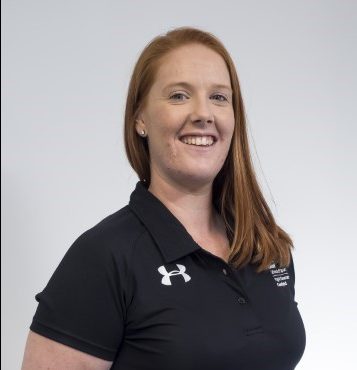 As part of 2018 International Women’s Day Gemma Davies, Wales’ Performance Analyst has written a blog about her work. Entitled ‘Academic and Analyst’ here Gemma gives an insight into her work with Wales, her inspirational colleagues and the challenge ahead at the Commonwealth Games next month…

I’m fortunate enough not only to be working within the academic institution which introduced me to the phenomenon of Performance Analysis, but I am privileged to combine work as an academic with a voluntary placement as an active Performance Analyst. Thanks to Cardiff Metropolitan University and Wales Netball, I have the perfect opportunity to ‘Practice what I Teach’.

The industry of Performance Analysis is growing and we’ve (Cardiff Met) seen an increased uptake in females interested in studying our Undergraduate Sports Performance Analysis (SPA) pathway. Leaning on my own experiences in both capacities, I would fully encourage female students who are interested in sport to investigate this as an area of study, as it’s not only for male students as perhaps traditionally perceived.

There are some fantastic females working in the field, such as ex-Cardiff Met (UWIC) students Esther Wills, Head of Performance Analysis at the FAW and Julia Wells, Technical Lead at the English Institute of Sport, as well as in academia, such as my colleagues here, Dr Gemma Robinson and Lucy Holmes, who leads our MSc in Professional Practice.

The Wales Netball placement provides me with an opportunity to embrace the high performance platform, working with exceptional coaches, talented players and supporting both through the medium of analysis with statistics and video. This year provides an extraordinary opportunity for the players of Wales Netball with the Commonwealth Games set for Gold Coast, Australia in April. Having been involved with the Squad since 2016, I am excited at the prospect of supporting the team at a major games and providing the best possible analysis structure. Commonwealth Games 2018: an exciting prospect but a career highlight too!

Performance analysis is an evolving sport science structure, mostly due to its dependence on technology and many of my processes have evolved with Nacsport. The introduction of live dashboards linked to my template allows stats to be sent court side; the use of iPad app Tag and Go gives training sessions more flexibility with instances linked directly to the base laptop. Meaning I can code courtside, interact with coaches/players and not be isolated and operate from the balcony.

Supporting weekend camps, evening training sessions, attending Test matches and International competitions is the norm for the role. Live match coding combined with filming, is where I am most comfortable. A live coding template developed to meet the needs of the team united with a live video stream. With a strong desire for the players to succeed, I often find my voice on video playback – screaming at the success of an interception or rebound opportunity! However, collecting data live as players perform, allows my post-match process to be even more efficient.

Following matches, the coaches are able to review the footage and instances gathered. Playlists and presentations are developed to provide players with feedback at post-match reviews and 1:1 sessions.  Within international competitions, these sessions are coupled with opposition analysis. Analysing and preparing presentations on our next opponent to present to the team.

As an academic, it is important to stay on top of processes, connect with industry and migrate with developments.  As an analyst, I have the opportunity to do this, apply what I teach and engage within a high performance environment.

For now, I look forward to the opportunity of Gold Coast 2018 with Team Wales and on my return sharing Performance analysis experiences with Cardiff Met colleagues and students.