Cardiff will also welcome Fiji’s national netball team the Fijian Pearls to Wales for the very first time.  Fiji are currently 7th in the world, and will be playing world ranking games against each of the European countries.

Fans can buy tickets for separate sessions, or for the whole 4-day event.  With just over 500 seats available at the Cardiff venue and some of the best teams in the world taking the court – tickets are expected to sell fast.

As well as matches between some of the best teams in the world, fans will also be treated to a game between Wales U17 and Northern Ireland’s U17 side on Saturday the 7th October at 12.30pm.

Wales, England, Northern Ireland, Scotland and Fiji are amongst the twelve teams from around the world who have qualified for the Commonwealth Games in the Gold Coast 2018.  The Commonwealth Games netball pools and match schedule was determined earlier this month, with Wales being drawn into Pool B and will face New Zealand, England, Scotland, Malawi and Uganda next April.

The Netball Europe Championships in Cardiff will be a key opportunity for the four teams to put their training and preparations on display ahead of the world stage at the Gold Coast, Australia.

Tickets will be going on sale to the general public on the 1st September 2017 via ticketline.co.uk 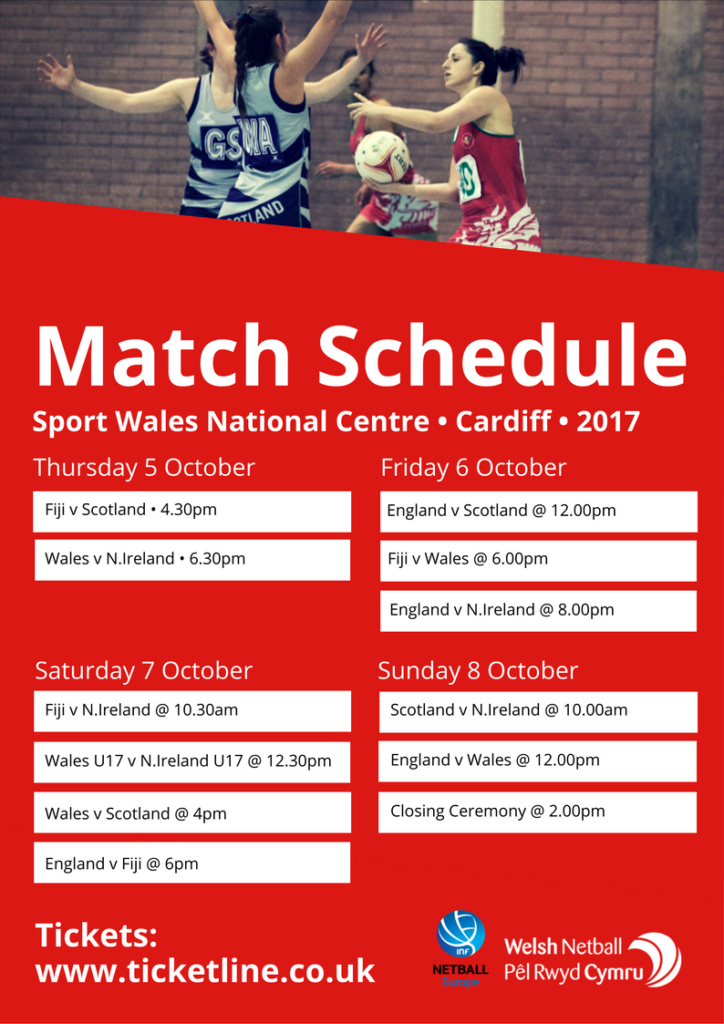