Netball On the Rise in Powys 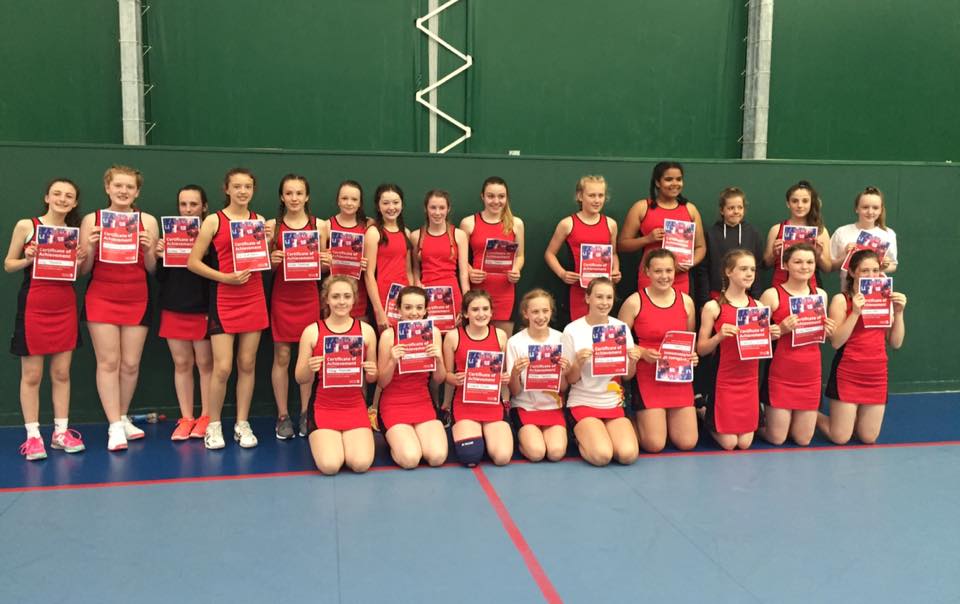 Netball activities in Powys have increased over the past twelve months as Wales Netball make efforts to grow the game across the county.  As a result of hard work building relationships with Local Authorities, partners and volunteers, Wales Netball have created more opportunities for the local communities to play and get involved in the sport.

Working closely with the Local Authority, a brand new regular netball session for young children under the age of 13 was launched in September 2016 as part of Wales Netball’s development programme called the Local Authority Hub [LA Hub].  Twenty-eight aspiring netballers, attend the sessions every month from November to June throughout the year, and took part in the region’s annual LA Hub showcase for the first time ever in June 2017.

17 candidates from all over Powys passed Wales Netball’s Coaching course earlier this year and are now able to provide qualified Coaching in the county’s netball teams and clubs.  A brand new junior netball league was also formed in north Powys which has enabled local clubs to take part in a competitive netball competition for the first time.

Wales Netball’s Head of Community Development, Ben Williams explains how his team’s work in Powys is part of the Governing Body’s vison to ‘Grow the Game’ in Wales:

“As part of our vision moving forward, we want more children and adults to become part of the great game of netball in Wales.  Whether that’s through playing, coaching, or officiating, we will continue to engage the nation in a sport which can provide them with much more than just physical activity.  Netball has proven to bring communities together, build confidence in young and old, provide new skills, and bring positive wellbeing.

“We’ve had a productive year and it’s clear that there is a demand for netball in Powys, with more development plans to come in the future, including expanding the LA Hub programme, and to grow the workforce by introducing our brand-new umpiring course to Powys, called ‘Intro to Umpiring’, in September this year.  This course can be taken by candidates in either Welsh or English.”

Hannah Pick, Wales Netball’s Development Officer for Powys, who is currently promoting the sport at the Royal Welsh Show in Builth Wells this week, has played a key part in the developments made in Powys.  Hannah says that support from Local Authority, partners, councils, schools, and volunteers is crucial in the work to grow the game:

“I am delighted and grateful for the support we have had from the Local Authority, partners and members of the Powys communities in our joint effort to grow the sport in the area.

“I am very proud of the work we have done so far, but there is still much to do.  I look forward to continuing working with the enthusiastic members of the Powys community in providing as many opportunities as possible to enable more children and adults to be part of the growing netball family.”

Find out how you can get into netball by speaking to Hannah at the Wales Netball stand within the Sports Village at the Royal Welsh Show this week.