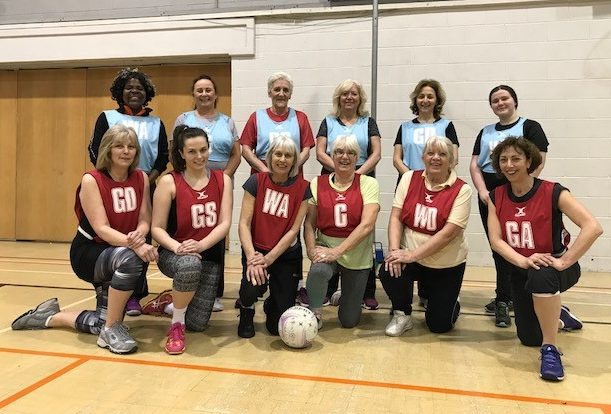 Recently, Wales Netball caught up with a new walking netball group that has been set up in Newport. Marilyn Bryan-Jones, who established the group in October 2017, told us about the journey the players have been on since starting.

“I started playing netball when I was nine, in junior school and I absolutely loved it. I started to help coaching younger age groups when I was in [Year 9] and then started with Newport Netball Club where I’ve been for 38 years.”

“I’ve been talking about walking netball for a long time. After seeing walking football, I thought walking netball would be a lot of fun! I did some research into it and decided that it was something that I wanted to do.”

Everyone at the training session seemed in great spirits and the players went straight into warm-ups and drills. Marilyn spoke a bit about the group and how they ended up being involved with walking netball.

“Lots of the people here today are the players I looked up to when I started playing. I think they get great enjoyment out of the sessions. People who never thought they’d play netball again are here and that’s what is so lovely about it. You’re not allowed to run in the game – so people struggle with this at first!”

Asked about what the future might hold for walking netball, Marilyn was enthusiastic.

“I think it’s going to be big. I think as we get into it a bit more we might be able to set up a league. Even though walking netball is supposed to be non-competitive, as soon as people are involved in sport it’s competitive – the nature of sport is competitive – you want to do well, you want to win.”

There was equal enthusiasm from those in attendance. Gail Allen, who is a former Wales international spoke about getting back into the game.

“I played through school, county and at international level. I haven’t played for 30 years. The reason I gave up was because of injury and I was interested to see if I could get back into netball.”

“It is great for fitness! It’s lovely to see friends and making new ones as well. I absolutely love it and I would like to see more people involved in the future.”

“I started playing when I was eleven. I played for county, North Wales schoolgirls and then I joined the forces and played for the Combined Services. I stopped playing netball 4 years ago. I heard about walking netball and I thought I’ve got to do it because I need the exercise! It’s great socially as well.”

Emma Adams, Netball Development Officer for South East Wales said: “I think it’s a very exciting initiative and it looks set to a great success thanks to Marilyn and the enthusiasm of the group!” 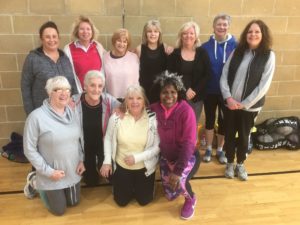