On Saturday 19 January, Wales Netball hosted the 2019 Under 18 Inter Area Competition in Ebbw Vale where 11 teams from across Wales battled it out to take the bragging rights as Wales’ under 18 top dogs.

It was South East Wales A who emerged victorious, winning against West Wales by 20 goals to 12 in the final. North East Wales finished in third position.

There was a high quality of netball on display throughout the day and newly appointed Wales Under 21 Head Coach, Nikki Lloyd was in attendance to keep an eye out for promising young players.

Reflecting on the day’s competition, Lloyd said: “I was delighted to attend my first competition since my appointment [as Wales U21 Head Coach]. It was great to see such competitive games and to see the depth and versatility of the squads within this age group.”

She added: “I really enjoyed talking to our dedicated coaches and volunteers whose valuable contribution and positive encouragement allow these girls to play and experience high-level netball competition. The final was so exciting with both sides challenging each other and it was great to see both sets of players performing so well under pressure.”

Wales Netball Events and Competitions Officer, Tori Burt-Roberts shared her thoughts on the day. She said: “It was great to have 11 enthusiastic teams in Ebbw Vale for a gripping day of competition. I would like to congratulate South East Wales A on their hard-fought win and it was great to see West Wales making the final! I would like to thank all of the volunteers and umpires who helped to make the competition possible.”

Wales Netball would like to thank all teams for their participation and congratulate South East Wales A on winning the competition. Wales Netball’s next National Competition will be the Under 16 A&B Inter Area Competition on 27 January in Bangor, Gwynedd. 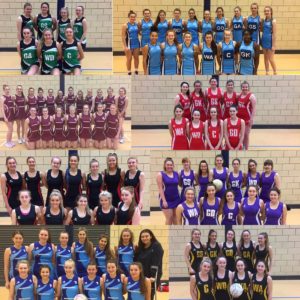