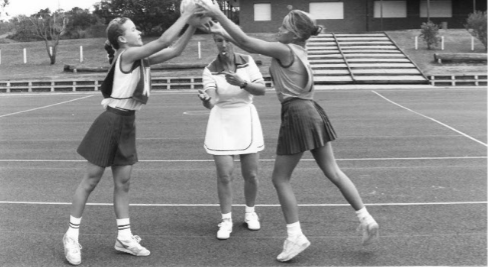 The trophy for next week’s Swansea University International Test Series between hosts Wales and world number 2 Silver Ferns will be named after legend Wendy White BEM.

The Wendy White Trophy will be the winning team’s reward at future International test series held at home here in Wales.  This is to honour the much-loved former President of Wales Netball, who sadly passed away in August last year.

“Our late President Wendy White played such an important part in the fabric of netball in Wales and she touched so many lives across the netball community.

“This historic Swansea University International Test Series that will compete to win the Wendy White Trophy, is a fitting way to honour Wendy’s life-long commitment to netball and to ensure her name lives on.”

Wendy was well known within the netball community in Wales and internationally. In 1987, Wendy moved to Australia to work for the All Australia Netball Association, and later for the Queensland Netball Association.  After returning home to Cardiff in 1991, Wendy continued in her role within various Netball and Sports Associations, including Wales Netball.

The Silver Ferns are due to arrive in Wales on Sunday the 5th of February, and will come face to face with 8th ranked Wales on Tuesday and Wednesday evening at 7.30pm.  For the first time ever, the Ice Arena Wales will host international elite netball, which has a capacity of 3,000. The Swansea University International Test Series will attract record breaking crowds for netball.  An occasion which former President Wendy White would be proud of.