Wales Netball is pleased to share the news that Wales Under 17 Talent Squad Team Manager, Tricia Chapman has won the Ceredigion Sports Council Unsung Hero in Sport Award for 2018.

Tricia, who will receive her award on 6 July, impressed the judging panel with her commitment to local netball in Ceredigion. She has been involved with local netball since moving to the area over 30 years ago, getting involved in a range of activity from officiating to player development and management.

Within the county, Tricia runs and coaches Bont Ladies and umpires for Aberystwyth University. As well as her work within Ceredigion, Tricia also serves as Team Manager for the Under 17s Talent Squad, travelling across Wales to support training sessions and matches.

Tricia has been instrumental in improving netball opportunities within the rural county. In addition to this, she has become fluent in Welsh since moving to Ceredigion, further reflecting her passion and dedication to working in the local community.

Rosie Pretorius, Wales Netball Head of Performance, expressed her joy at hearing about Tricia’s award. She said: “Tricia works incredibly hard in her role as U17s Talent Squad Team Manager and her work in Ceredigion speaks volumes about her dedication to netball, at all levels. On behalf of the entire Wales Netball family I would like to congratulate Tricia on this very well-deserved award.” 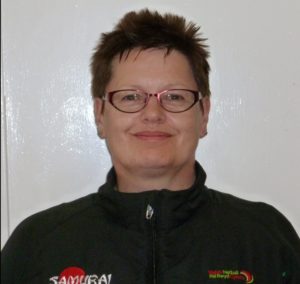