14 schools had made it to the national competition via regional qualifiers and over 125 children participated in 6 games to determine the finalists. In the end, the scores went down to the wire and the two finalists were Tywyn Primary School from Neath-Port Talbot and Hawarden Village School from Flintshire.

In the final, it was Tywyn who emerged victorious, beating Hawarden 8-6. The winners and runners-up were presented with their trophy and medals by Wales and Celtic Dragons Head Coach, Julie Hoornweg who had been talent spotting in the crowd.

Wales Netball would like to thank all of the pupils and teachers for participating in a great day of netball. We would also like to thank the umpires and volunteers for helping to make the event possible. 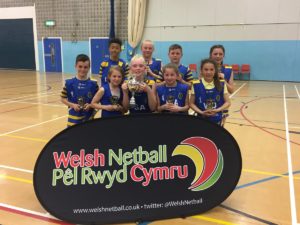 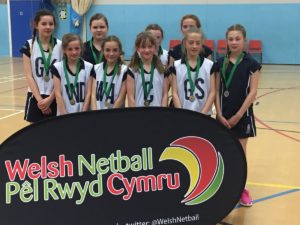 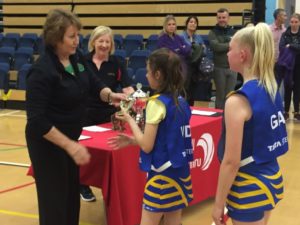