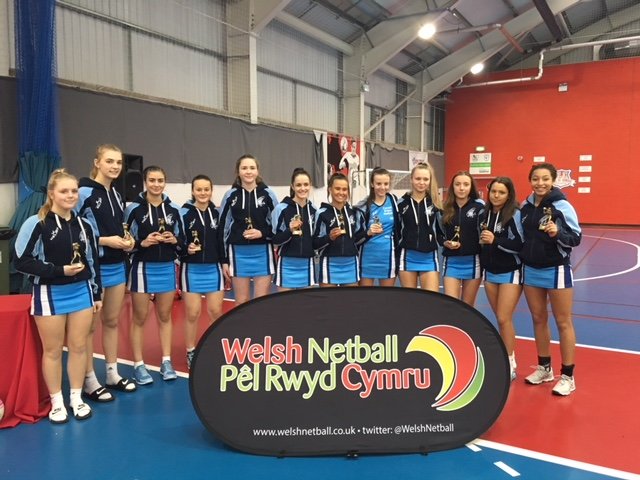 It has been a busy couple of weeks for Wales Netball with both Under 16s and Under 14s National Competitions taking place.

On Saturday 20 January, the Inter-Area Under 16s National Competition took place at House of Sport in Cardiff. It proved to be a great day for Cardiff & Vale as they won both the A and B sections of the competition. In the A section, North East Wales were runners up and in the B section Glamorgan Valleys took second spot.

The following week, on Saturday 27 January, the Under 14s National Competition took place at Bangor University. Initially, it was a challenging day as part of the facility proved to be unplayable, but after direct consultation with coaches and managers we were able to get the show back on the road. The winners of the A section were Glamorgan Valleys with the runners being North East Wales, meanwhile in the B division Glamorgan Valleys won once again, this time ahead of Cardiff and Vale.