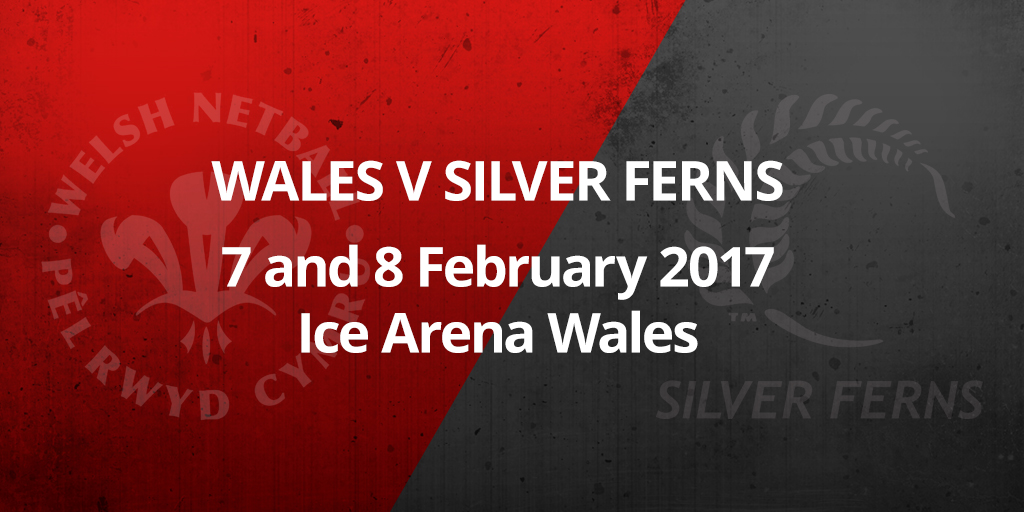 In a trailblazing first for Wales Netball, the historic Wales fixtures against world number two the Silver Ferns in February 2017, have been rehoused to the Ice Arena Wales, Cardiff.

The move comes as a result of an unprecedented demand for tickets after selling out in 48 hours at the Sport Wales National Centre.  For the very first time, the impressive 3,000 capacity Arena will play host to elite netball.

“Changing the venue was a big decision for us [Wales Netball], however the incredible demand and interest in tickets for these fixtures heavily influenced the decision,” says Wales Netball Chief Executive Sarah Jones.

“Moving to the Ice Arena Wales via our emerging partnership with Cardiff Devils has enabled us to give netball a huge platform in Wales and worldwide, which it rightly deserves. This test series was historic in the first instance just by bringing the Silver Ferns to the Capital City for the first time in 20 years. By moving the venue, we are not only listening to our members and fans, we are bringing netball to a whole new audience that may otherwise have not been able to experience this momentous occasion.

“The women’s sport agenda is a high priority for Wales and the UK, and is firmly a key focus for Sport Wales,” states Jones.

“This is a vital platform for Wales Netball to inspire the next generation of elite players, but more importantly to inspire women and girls everywhere to play netball in their communities for fun, health and social benefits.

“Whilst this is an international test with ranking points all to play for, this is about connecting Elite to Community – offering a unique experience to ‘get up close and personal’ with the Wales and New Zealand players.

“This is an opportunity to grow the game and inspire success.”

As well as a move to a venue with over double the capacity, Wales Netball have secured live broadcast of both games to supporters in New Zealand, and multi-platform coverage to a worldwide audience.  The fixtures will be available to watch on the BBC’s online platforms and the BBC Red Button.  A highlights programme will be shown on S4C the following Sunday, 12 February.

Sarah Jones describes the global media coverage as, “significant to the sport as a whole, not just for us here in Wales.”

Silver Ferns will arrive at the capital city on Sunday, 5 February, following their campaign at the netball Quad Series against hosts England, Australia, and South Africa.  Silver Ferns will then meet Wales’ national netball team on 7 and 8 February at 7.30pm.  Tickets will go on sale at tiered prices at 10am on Tuesday 17 January, via Ticketline’s website (www.ticketline.co.uk).

We will also be hosting events for the netball community on 7 February at the Ice Arena Wales.  More details will be announced shortly.

“We look forward to seeing large numbers taking full advantage of this unique event, that will be unlike any other netball event ever staged in Wales,” adds Sarah Jones.