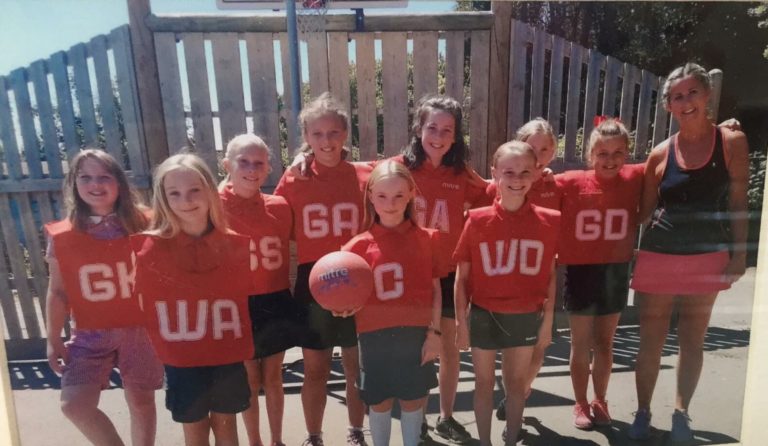 It may be the off-season, but netball clubs across Wales are planning for the 2018-19 season and Usk Netball Club is no exception, with ambitious plans to launch a new competitive team for primary school children.

The new team will be coached by  Usk Netball Club member and Wye Valley Netball League chair, Claire Powell. She currently coaches young netball players at Ysgol Gymraeg Y Fenni and led and wants youngsters across Monmouthshire to have the same opportunity in netball outside of school and to develop their ability and skill in the sport.

Having gained support from Usk Netball Club and Wales Netball development officers to kick-start the exciting new project, she says she’s already had lots of interest. She is now urging parents whose children may be interested in joining the team to get in touch.

“Having taught and coached young netballers for four years now, I know how much demand there is out there for something like this,” said Claire.

“There is a real focus on development going on in Wales and across the UK for netball at the moment, and I really hope that the new Usk Juniors Netball Club will help to support this.

“I’ve already had a lot of interest from parents who are currently having to travel to other areas for their child to play. I’m hoping this will support netball in Monmouthshire and help more young players take part in netball competitively and develop their skills.”

Usk Junior Netball Club will start on 13th September 2018, taking place every Thursday, from 5:30-6:30pm at the Usk Athletics Club. The first session is entirely free to anyone who comes along.

If your child is interested in joining or you would like any more information, please get in touch with Claire Powell on 07930925883.