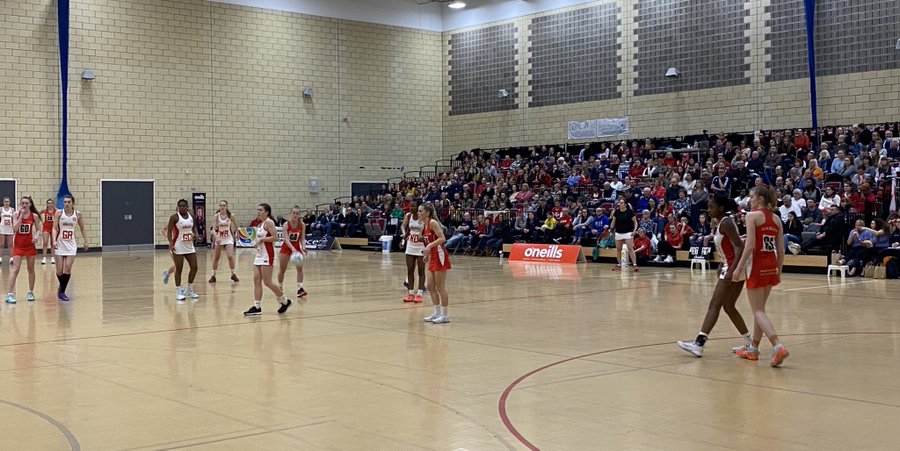 Hundreds of spectators were treated to a great weekend of age-group netball and then in the end it was England who took the 2020 title after beating Wales in the final match of the tournament. Wales went home with a very well-deserved silver medal, having soundly beaten Scotland, Northern Ireland and Switzerland.

The weekend was made possible by a fantastic collaborative effort with Wales Netball and Netball Europe volunteers. Ebbw Vale Netball Club did a great job organising volunteers and the matches were made possible thanks to umpires from across the European region, including Wales’ own Danielle Coxey. Ball girls from across South Wales were also in attendance at what was a full schedule of netball in the heart of the South Wales Valleys. The team at Ebbw Vale Sports Centre were also exceptional and were integral to the success of the event.

Wales Netball’s Events & Competitions Officer, Tori Roberts-Burt said: “The Netball Europe Under 17 Championships was a fantastic flagship event for us in Wales this year and we’d been looking forward to it for some time!

“We were treated to some outstanding matches and I would like to congratulate England on winning the title, as well as Wales who recorded some excellent scores over their other rivals to take the silver medal.

“As ever, our events are only possible thanks to our fabulous volunteers, from the benches, to the stewards and more, everyone really chipped in to make it a great event!”