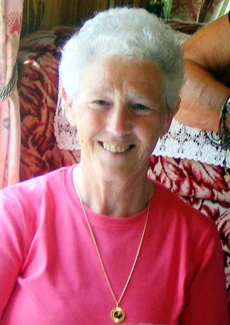 Wales Netball Chair, Catherine Lewis, has hailed the contribution of the devoted, much loved President of the Organisation Wendy White BEM, who sadly passed away last night after a long illness, bravely fought.

Wendy was well known within the netball community in Wales and internationally.  In 1987, Wendy moved to Australia to work for the All Australia Netball Association, and later for the Queensland Netball Association. After returning home to Cardiff in 1991, Wendy continued in her role within various Netball and Sports Associations, including Wales Netball.

Wales Netball Chair, Catherine Lewis said, “Wendy was a key figure in the Organisation for countless years. Wendy was heavily involved in almost all aspects of the organisation, from the administrative side, organising events, running competitions, governance, and relished in the netball life in Wales.

“Her dedication to the sport was inspiring, and her enthusiasm was infectious.  Wendy will be a great loss to the close-knit netball family in Wales.  We offer our deepest condolences to her family at this difficult time.”

If you would like to share your thoughts and memories with the community, please do so on our tribute page: http://wendy.white.muchloved.com/