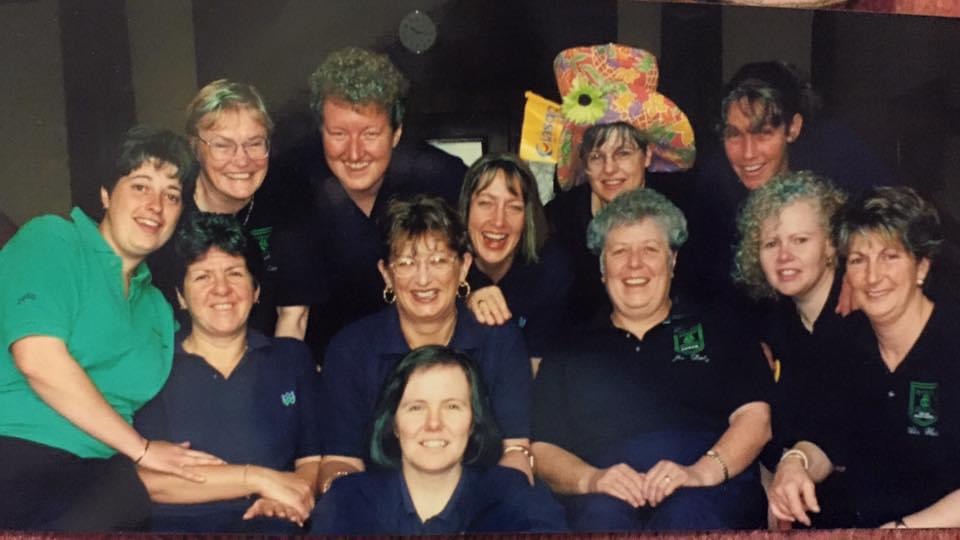 It is with great sadness that Wales Netball shares the news that former Welsh international netballer and Wales head coach, Jennifer Sealey (pictured sat in the centre of image) has passed away.

Jennifer Gillian Williams was born 11 December 1948. Jen was the eldest of ten children and was happily married to husband Mike for 49 years. She had two children, Caryl and Gareth.

Jen was very sporty as a youngster, enjoying the competition in both athletics and netball. It was no surprise that she became a teacher of Physical Education gaining her teaching qualification at Anstey College Sutton Coldfield.

Jen had her fair share of injuries as an athlete and even turned up to her wedding on crutches due to a leg injury suffered in an international netball match!

Jen represented her country on 35 occasions, being Welsh cap number 74. She represented Wales at several international tournaments, including as captain at the 1975 World Netball Championships, now known as the Netball World Cup, in Auckland New Zealand, where Wales recorded a joint-6th place finish.

She later became Wales’ head coach, leading the team to the World Netball Championships in Singapore in 1983. This coincided with Jen moving away from Cardiff to Gwynedd as her husband Mike had taken a new job. This meant a 160 mile each-way trip to Cardiff, which Jen made over 30 times in the year leading up to the tournament. Nevertheless, she was able to lead the team to an 8th place finish, including a dramatic 38-34 group stage victory over Scotland who Wales trailed by 8 in the first quarter.

While living in Porthmadog, Jen founded both the local netball club and also the Gwynedd county team.

She later moved to Aberystwyth in 1987 where she took over as coach of the local team before forming Deri Netball Club. Jen continued to travel northwards to coach Gwynedd county before stepping down as she was asked to take over as the Dyfed county head coach.

Jen changed from teaching to working for social services on moving to Aberystwyth and finished her working life as manager of the Aberystwyth day-care centre.

Jen passed away on Monday 6 July and her funeral is due to take place at Aberystwyth Crematorium on Thursday 16 July.