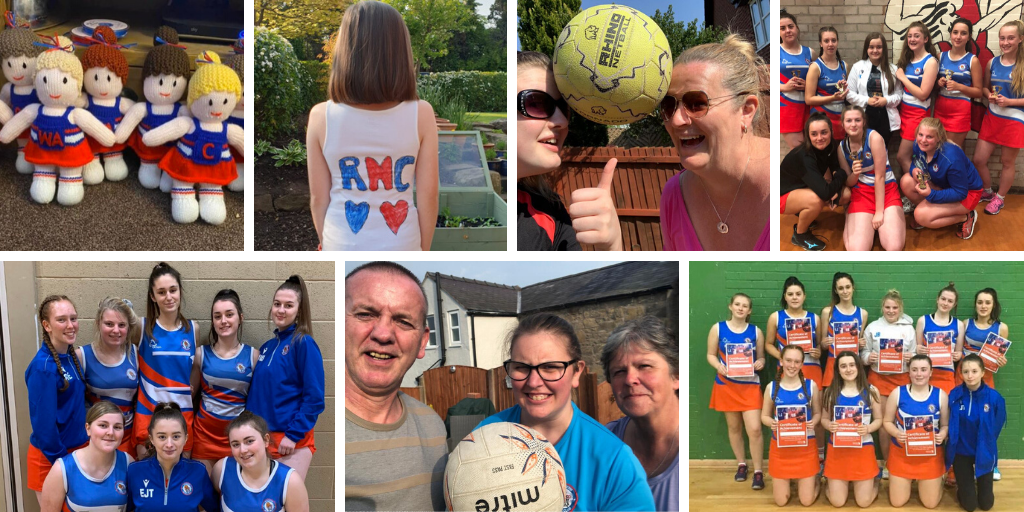 The latest netball season will always be remembered for Coronavirus and its impact on leagues and clubs. However, the last 12 months has seen plenty to celebrate, not least Wales Netball reaching over 10,000 members for the first time ever! It is important that the pandemic does not let this massive achievement go unrecognised as it represents the hard work of the netball community across Wales.

This phenomenal growth illustrates the ever-growing popularity of netball, as well as countless hours of volunteering from club, league and association personnel. Membership of netball clubs across Wales Netball’s four regions has seen record growth in recent years and this shows how our sport is catering for increasing numbers of women and girls who want to engage in physical activity.

Ben Williams, Wales Netball’s Head of Community Development reflected on how netball has grown in recent years. He said: “I have been in post with Wales Netball for just over 4 years and the growth of the sport I have witnessed in that time has been nothing short of exceptional.

“Wales Netball’s membership continued on an upward trend this year with a 2.5% increase on the previous season. This meant that we broke through the 10,000-member mark for the first time in our history.

“Over the past 4 seasons, we have seen each region in Wales grow by at least 23%, with one region almost achieving 40% growth over this period. It’s fantastic to see netball thriving in our clubs across the whole of Wales, without whom none of this would be possible.”

One such netball club is Rhosnesni Netball Club based in Wrexham. Rhosnesni NC has been hugely proactive during the Coronavirus pandemic and its social media feeds are full of ‘netball from home’ activity, fundraising and support for NHS and key workers.

In the last reporting season, Rhosnesni NC recorded a net increase of 101 netballers, which is an incredible achievement for the club. A big part of the club’s success is the work that Chair, Sue Williams has put into developing the club.

Talking about the growth of the club, Williams said: “One of the main reasons, for our membership growth over the last 4 years, was being able to accommodate anyone who walked through the door and wanted to join the club.

“We have utilised the Sport Wales Community Chest grants and Wales Netball courses to train our volunteers to UKCC L2 standard, in order to create a variety of new sessions across the week.

“We have a fantastic netball family, our coaches and committee are so passionate about the sport and constantly striving to create more opportunities.”

Added to this, Rhosnesni NC is one of the few netball clubs in Wales that has achieved an InSport certification from Disability Sport Wales, reflecting the club’s commitment to inclusivity. This commitment to ‘netball for all’ helps to explain the growth of the club in recent years, along with the popularity of netball in North East Wales.

We wish Rhosnesni NC and all of the other clubs in the North Wales region all the best for future success and continued growth as we move into the new decade.

As part of a series of articles we will be looking at the growth of another three netball clubs in Wales. Keep an eye on our social media for our next feature article, which will look at the growth of Bridgend Bolts NC in our Central South Wales region.