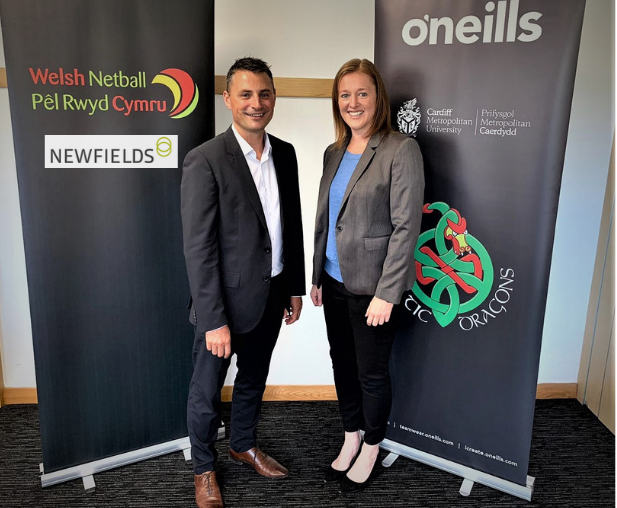 Welsh Netball is pleased to be entering into a partnership with Newfields Law. Newfields Law will become Wales Netball’s official advisor on UK immigration law and will assist the organisation with all immigration and visa matters for the next two seasons. This partnership will also incorporate Celtic Dragons netball franchise for the 2020 and 2021 Vitality Netball Superleague seasons.

Newfields Law is one of the country’s leading sports immigration practices and specialises in a number of legal areas, including visa applications to enter and to remain in the UK; sponsorship and sponsor licensing; UK visas & immigration compliance and outbound visa advice. Newfields Law works with some of the biggest names in British sport with clients such as the Rugby Football League, Stoke City FC and Saracens Rugby.

“Newfields Law will provide Wales Netball with the support it needs to operate internationally in an ever-competitive global netball environment. Working with Newfields Law will be hugely beneficial to our plans.

“Newfields Law’s advice, information and guidance will also prove invaluable to the process of player recruitment for the franchise as we look to build on last season’s successes.”

Glyn Lloyd, Director of Newfields Law said: “We are very excited to extend our support to Wales Netball over the course of the next two seasons. Whilst of course this opportunity complements our sport immigration work in elite rugby, cricket and football in Wales, it more importantly signifies the weight we proudly attach to the rightful and ever-increasing priority and recognition for women in sport.

“We wish Wales Netball and Celtic Dragons all the best in the coming seasons!”

Information about Newfields Law’s services can be found here.