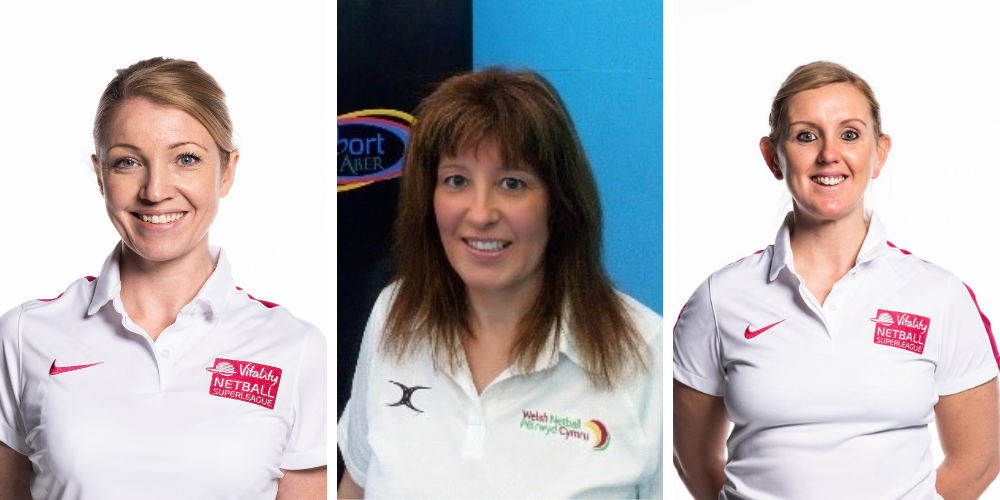 Wales Netball’s elite umpires are enjoying a busy season of officiating in Wales and beyond with a number of officiating appointments having been made for our umpires in international competitions.

This weekend’s Netball Europe Under 17 Championships will feature two Welsh umpires: Claire Williams and Rhian Edwards. They will oversee matches during the three-day tournament which features the Home Nations and the United Arab Emirates. Claire Williams began her umpiring career in Mid & West Wales and officiated at local leagues before achieving her A Award in 2017. Rhian is enjoying her first season as a Vitality Netball Superleague umpire and in addition to this weekend’s U17 tournament, she will also be officiating at the Netball Europe Challenge tournament on the Isle of Man in May.

Beyond the upcoming Netball Europe tournaments, Alison Harrison has been named to officiate the test match between Gibraltar and Scotland on 23 March. Alison was re-appointed for this year’s Vitality Netball Superleague and has vast experience of umpiring netball games across the globe.

Wales Netball would like to wish all of our elite umpires the very best for the upcoming set of competitions and test. If you would like to get involved in umpiring, all of our latest courses can be found here.